Though the idea of a highway-friendly mobility scooter might seem absurd, we think it makes perfect sense: After all, who has a greater need to move quickly than those with the least amount of time left to live?

Via the Daily Mail:

Colin Furze has adapted a conventional electric model into a petrol-engined speedster which has reached an astonishing 69mph. [...] He is now planning a time trial at the Santa Pod Raceway in Northamptonshire to claim his place in the record books, and says: 'My aim is to hit 70mph.' 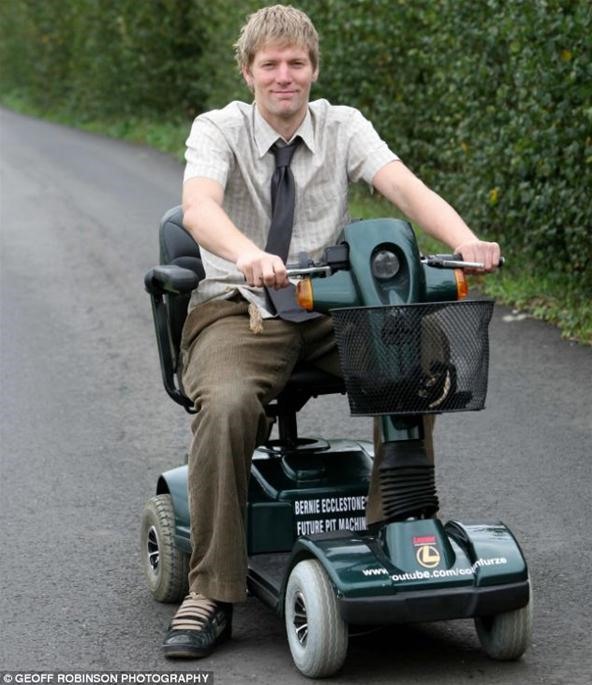 Mr Furze was given the scooter by a friend who sells and repairs them. The 125cc engine was taken from a motorbike. He added: 'I was told by Guinness that I could modify the engine but I wasn't allowed to change the appearance in any way so I couldn't give it bigger wheels or make it more stable. 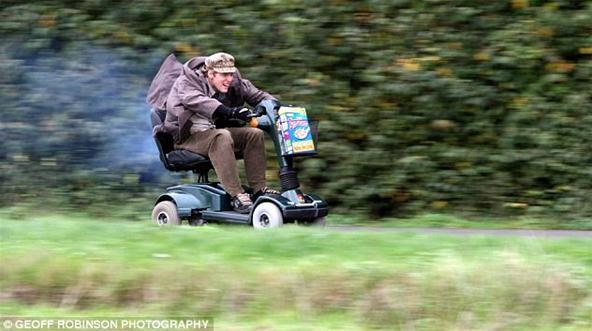 The petrol-powered super scooter, which is British racing green, does 10 miles to the gallon and is nearly NINE times faster than an average mobility scooter which glides along at just 8mph.

'It is quite scary when I'm driving it fast as the frame is pretty flimsy and designed for going along at slow speeds,' continued Mr Furze. 'I was a bit nervous when I first started it up as I wasn't sure if it would work, but it sounded good and got to 64mph, then 69mph very quickly.'

Other worthwhile deals to check out:

Join the Next Reality AR Community

Get the latest in AR — delivered straight to your inbox.

i wonder when someone would modify the scooter

we need electric scooters to be a little faster at least - younger disabled people want to get around not die waiting to set off PLEASE? Someone manufacture one that does at least 12-15mph like our european counterparts.